The Yellow-billed Cuckoo is a slender bird with long tail. The curved bill shows a yellow lower mandible, hence it’s name. It is brown above, white below, reddish on the wings, and exhibits large white “spots” appearing on the underside feathers of the tail. It is a rather reclusive bird that will perch silently in the shade for long periods of time. Due to the texture of their feathers when wet, this bird can sometimes be found sitting with wings and tail outspread in the sun, allowing the feathers to dry. It’s “croaking” type call can be heard at great distances and has been called the “rain crow” due to the fact that it can be heard calling in hot, humid weather (often before storms). Cuckoos sometimes sing during flight and will often sing at night.

The YB Cuckoo’s diet consists mostly of caterpillars and insects, but will also consume lizards, frogs, berries, fruits, and eggs of other birds. Its favorite food is the caterpillar (they are partial to tent caterpillars) and the cuckoo nesting populations rise and fall according to caterpillar irruptions. They do not digest the caterpillar hairs, but form a stomach lining of these hairs; they periodically shed their entire stomach lining and grow a new one. Cuckoos will forage and glean insects from shrubs and trees and they may even hover briefly or fly out and catch insects in flight.

Yellow-billed Cuckoos breed in forest edges, tall thickets, and often around marshes.  Courtship consists of the male feeding the female (mate feeding). The nest is a flimsy affair, small and loosely made, and is built anywhere from 4-20 feet above the ground (the average is 4-10 feet). As mentioned earlier, eggs may be laid in nests of other birds: Black-billed Cuckoos, Robins, Catbirds, Cedar Waxwings, Cardinals, Wood Thrush, Red-winged Blackbirds, Mourning Doves. (Since egg-laying may be stimulated by food supply, when the food supply is abundant a female may be ready to lay eggs before the nest is built, causing the laying in other birds’ already built nests.)

Anywhere from 1-5 eggs will be laid; clutch size depends largely on amount of available food. Incubation is done by both parents and takes from 9-11 days. Young birds are also fed by both parents, and even though unable to fly may leave the nest after one week and “hang out” on the tree limbs for another two weeks until fledging.

Yellow-billed Cuckoos migrate south to South America for the winter and some go as far as Argentina. They are often the victims of “tower kill” casualties during night migration.  YB Cuckoo populations rise and fall according to caterpillar abundance; however, an overall decline in recent decades has been noted, especially in the west due to habitat degradation.

An interesting note: Since the Black-billed Cuckoo and the Yellow-billed Cuckoo share the same habitats and range, naturalists wonder why they haven’t hybridized?

The Yellow-billed Cuckoo: an interesting, secretive bird and lots of fun to spot on Long Island. So, watch & listen…you may be excited to spot this bird!

The photos below were submitted by members of the Long Island Wildlife Photography group on Facebook.

More photos on pages 2 and 3 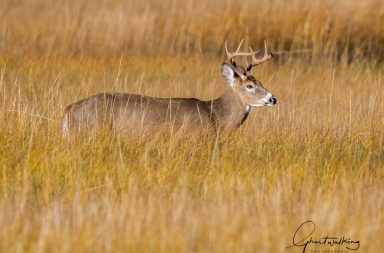