If you are seeking an unusual looking bird in the world of birds, look no farther that the American Oystercatcher.  It’s an unmistakable bird: size (17-21”), with black head, black and white belly, thin, long, red-orange bill, yellow eyes with red-orange eye rings and pinkish legs. And if you are at the shore…Yes, you have found it!

Oystercatchers get their name from their feeding habits. They feed on mostly mollusks; but will eat worms, crabs, barnacles, and even small fish as well. Their bills are uniquely adapted to either “stabbing” a partially open shell (cutting the muscles that hold the oyster to the shell and scooping out the meat) or “hammering” the shells on rocks to open them.

Genders are similar in coloration with the female birds a bit bigger than the males; however, the males seem to have blacker backs and redder bills. The birds are monogamous and territorial, usually returning to the same nest sites year after year.

Courtship usually occurs with both birds either walking side by side or flying together making calls as they go. This behavior, called “piping”, is also used as pair bonding reinforcement.  A pair may be joined by other pairs during this display and can be very interesting and fun to observe.

After courtship, the male builds the nest, which is nothing more than a scrape in the sand sometimes lined with shell bits or other beach detritus. Nests can be found in the dunes or on the beach above the tidal zone. Two to four sandy colored eggs are laid and incubation, done by both sexes, takes 24-29 days. (Interesting; the female with put rocks and pebbles in the nest with the eggs to camouflage them.) The young are precocial (born with down and follow the parents) and although they can fly after 34-49 days, will stay with the parents up to six months. Oystercatchers will re-nest if the first clutch fails but the egg count is usually smaller.

Historically the population of oystercatchers in the northeast was once very low due to hunting but happily those numbers are increasing and breeding has been reported as far north as Nova Scotia (1997).

Most Oystercatchers migrate southward in winter; however, some along the east coast will remain. Others will go as far south as Guatemala, Honduras, and the South American coast.

If you would like to see American Oystercatchers on Long Island just take a drive along Dune Road in Hampton Bays. Or try Jamaica Bay, Cupsogue Beach, Lido Beach, Jones, Beach … well, you get the idea!

The photos below were submitted by members of the Long Island Wildlife Photography Group on Facebook. 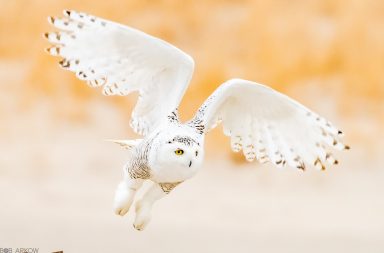