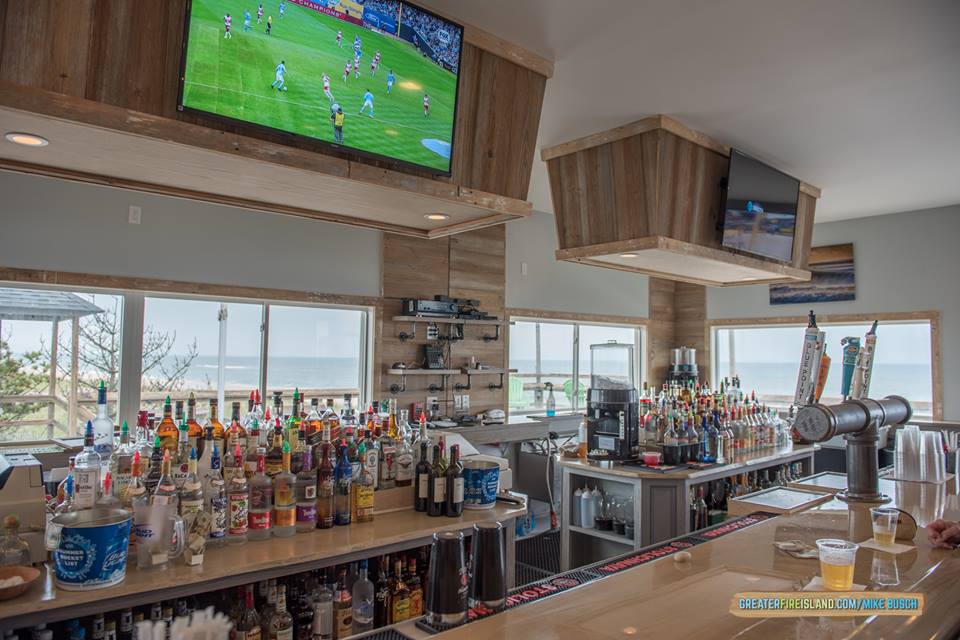 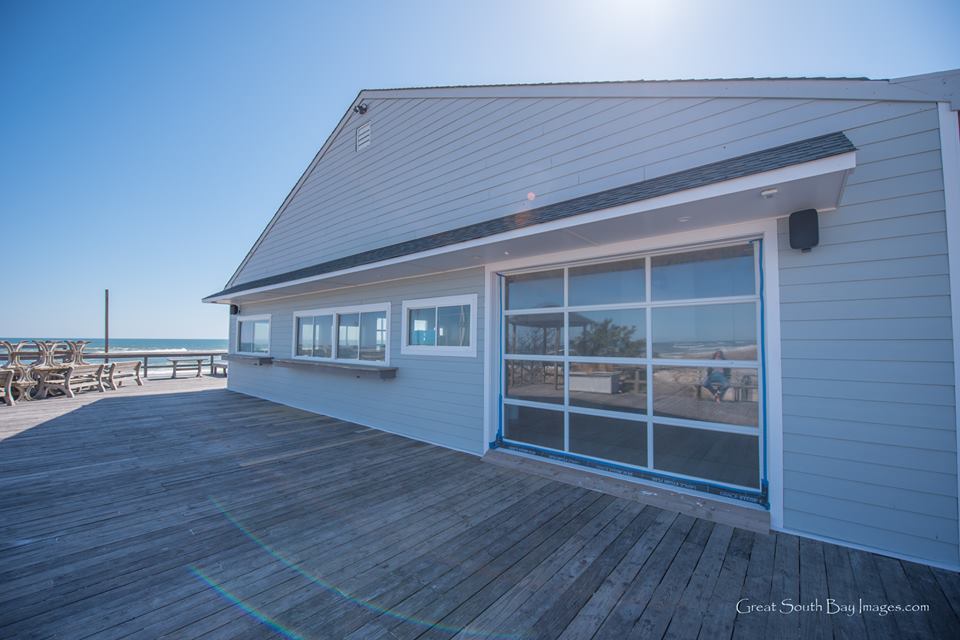 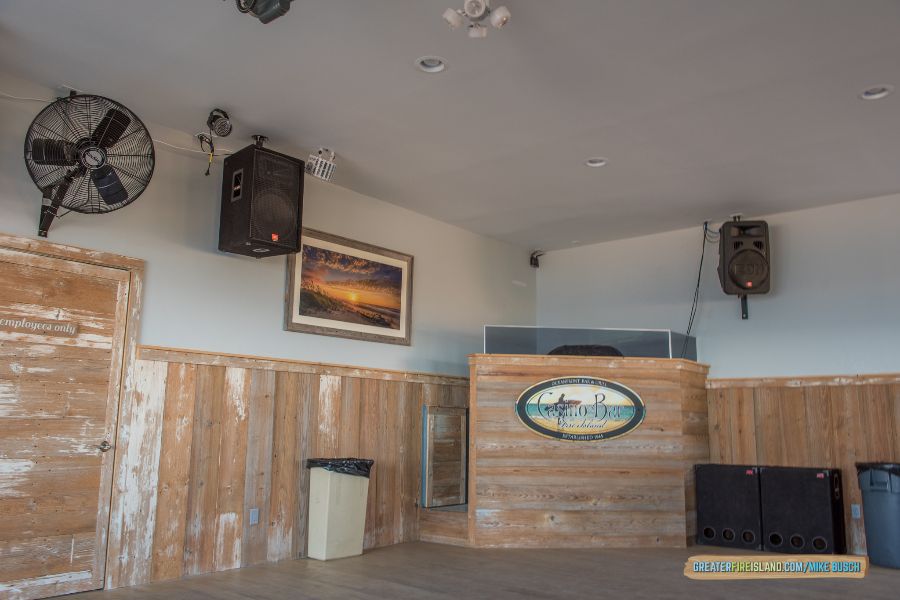 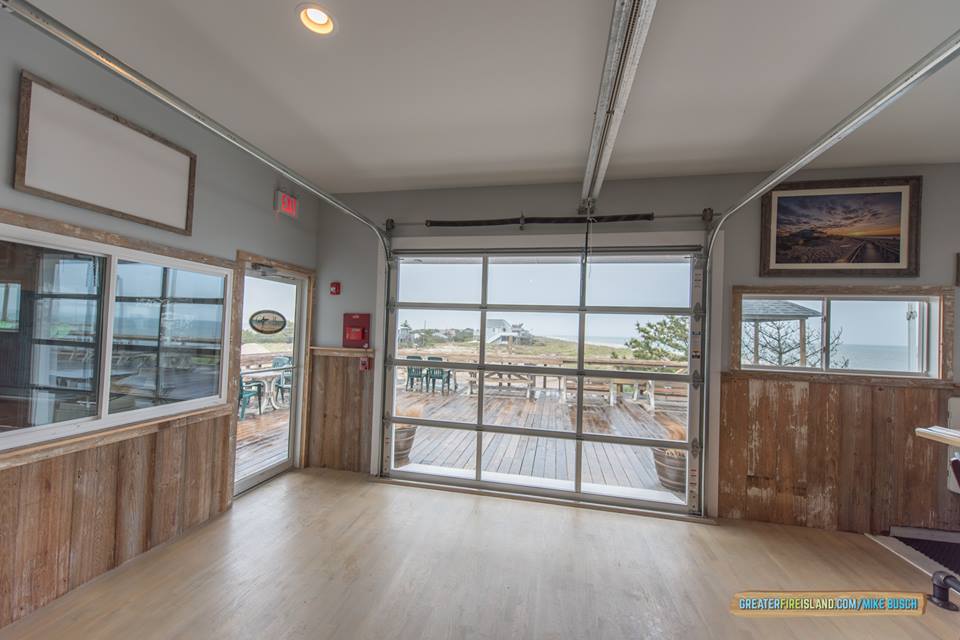 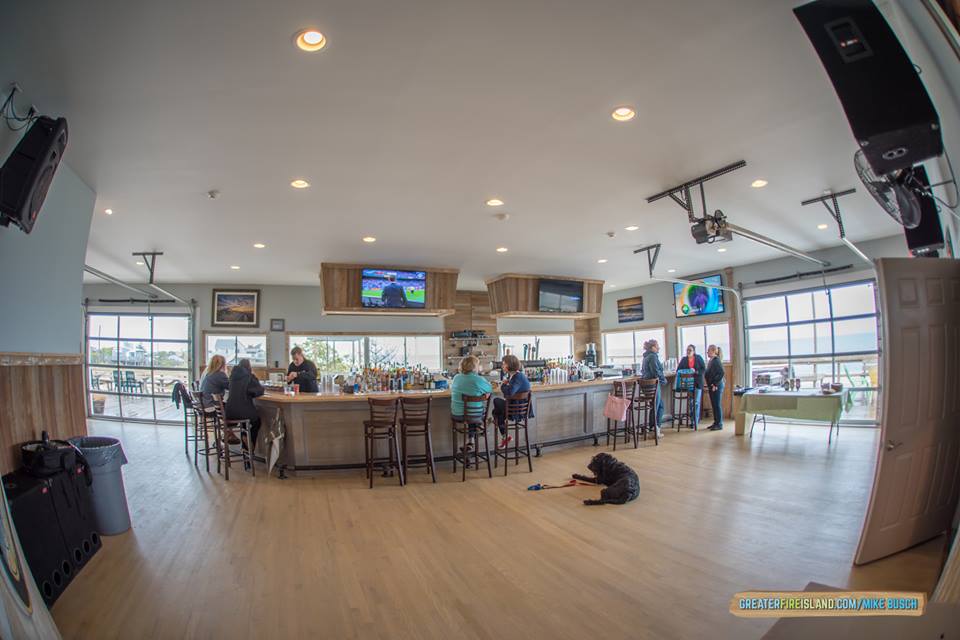 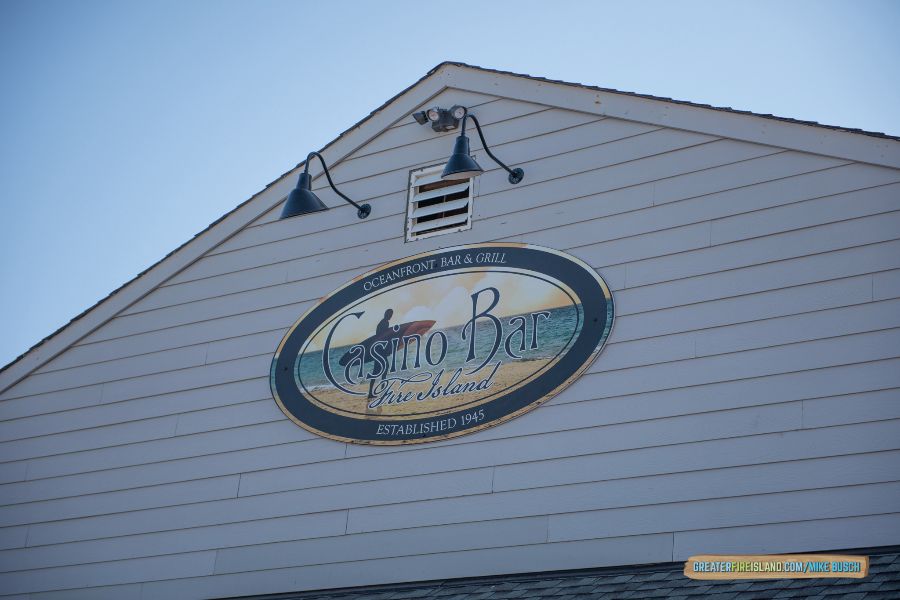 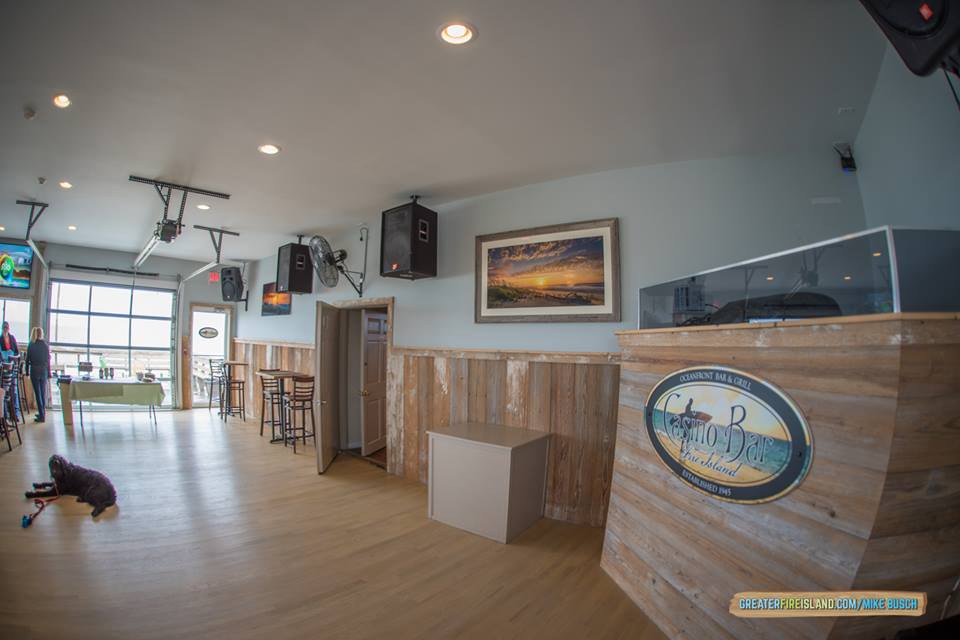 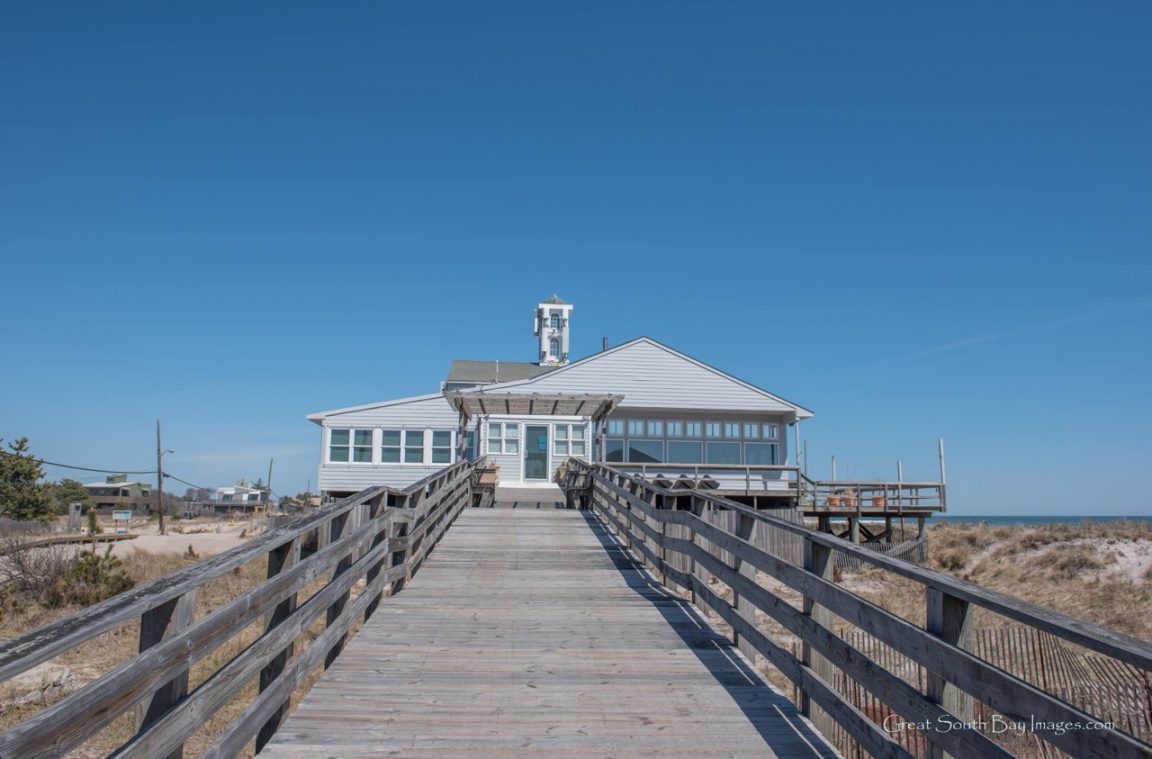 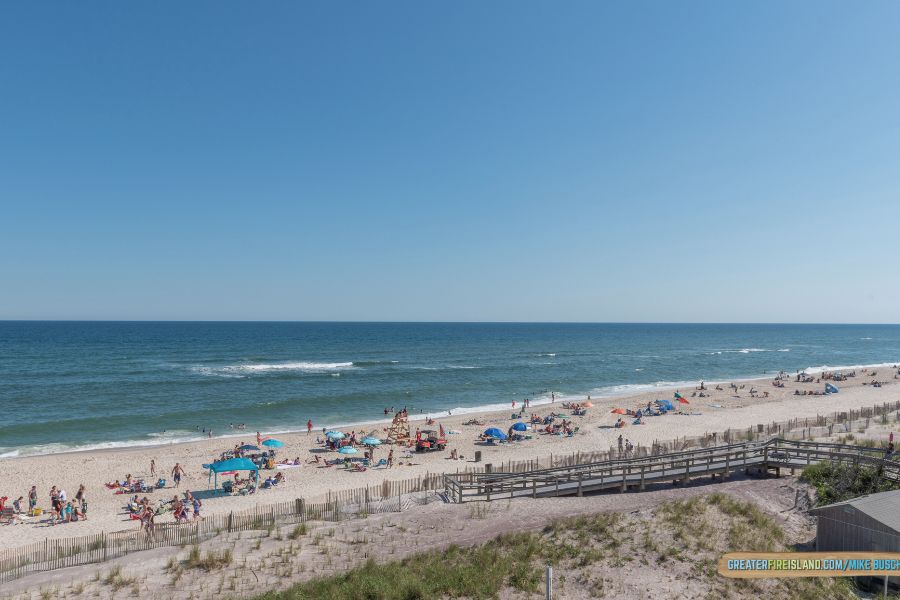 It’s been 20 years since the first Casino building at Davis Park disappeared in a January storm, never to be seen again.

The current building in the dunes that so many people recognize today was actually built in Patchogue just a few months after the first vanished in 1996.

The new building was then floated to Fire Island by barge.

And now for the first time since 1996, that second building has undergone a major renovation just in time for the Summer of 2016.

“This renovation is big; it really changes the dynamic of the place,” said Cory Black of Bayport, who manages the bar. “There’s two garage doors on either sides that are all glass. Windows all over the place. Brighter colors.”

He said the bar was previously dark and without many windows.

“But it was a beach bar! And we were like, we have to brighten this place up,” he said.

So last summer, he and Downs huddled with the Casino’s ownership — which includes, among others, Downs’ father, Jim Tully, Black’s uncle, Ed Black, and Wes Little — to hammer out a plan for a makeover of the bar area.

Local contractor Eric Lemery started work in October and pushed through the winter to get the place ready in time for the season.

New floors were put down, the walls painted and refinished and the interior bar was rebuilt and moved, which tripled the size of the outdoor bar.

“And with the garage doors open, and the breeze, it’s like you’re outside,” Black said.

“I love how bright it is inside the bar now,” said Downs, who manages the Casino Café, which wasn’t renovated. “It’s impossible to take a picture because there’s so much light coming in. The garage doors are fantastic. It’s a little hard to fully get the idea until your standing there.”

What isn’t changing is the overall vibe and the friendly and familiar staffers, many of whom are teachers who have worked during their summers at the Casino Bar and Casino Café for years.

A version of this story first appeared in greaterpatchogue.com in May.