Our Long Island water quality short film series would not have been complete without a story from Long Island’s North Fork.  But during our planning stage I didn’t have a particular person or story in mind.  While it’s not hard to find families with compelling connections to water, I was hoping for something that was uniquely North Fork, because, let’s face it, from Riverhead to Orient, the North Fork is a destination that is unlike the rest of Long Island.

But even when we were already well into production on the other segments, I was still at a loss.  So I crafted a plan to tour around and taste my way up the peninsula, like News 12’s Doug Geed, until the right story landed on my plate (or in my glass).  I figured that I could stop at some wineries, hit up some breweries, and visit some farms to get fresh picked produce.  I could meet my bee-keeper friend who makes all sorts of honey products, and I could come home with one of those famous pies.  I thought I might even try to reconnect with a Mattituck lobsterman who 20 years back made me the best lobster roll I’ve ever had.  I figured that these people all require clean water for their work as well as their personal lives and one of them would have the story I was looking for.

But just as I was planning my gastronomical road trip I heard about a guy who produces sea salt in Greenport and gave him a call.   We weren’t talking long before I knew I had found our story.    Here was a man who harvests bay water for a living, so he was paying close attention to water conditions.

I never did complete that North Fork tour.  But it turns out that in addition to being a salt maker, Scott Bollman is also a chef with an affinity for fresh local ingredients.  In this installment of our short film series we strove to capture some of the flavors of Long Island’s North Fork.  I highly recommend them.  They certainly are delicious. 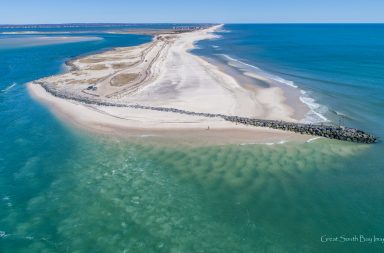