First Snow of the Season Tomorrow!

Fire Island and Beyond would like to welcome Steven Dimartino of NY NJ PA Weather who is going to give us South Shore weather reports, updates and occasional videos discussions.  I have followed Steven’s  work for several years and find him a go to resource for accurate forecasts and insight.  Combined with our three live cameras on Fire Island,  our new Weather section  will be a great spot to keep tabs on conditions as they occur.

Like many meteorologists, Steven was born with the love of studying the weather. At a young age, Steven was forecasting for the school newspapers in his elementary and middle schools. Later Steven started issuing forecasts for his own high school, which made him very popular ahead of potential snow days. In 1998, Steven went to the State University of New York in Oswego. Steven was a lead forecaster at the school news station WTOP and lead in the National Forecasting Contest for three years running.

After graduation in May 2002, Steven worked for and became a lead forecaster for Weatherbank, INC in Edmond, Oklahoma. Steven became an important forecaster for the Northeastern United States, protecting the energy and transportation clients from severe weather events and costly spikes in temperatures. Steven was also a lead developer of satellite images and management of other meteorologist’s best skills.

Today, Steven is living his dream of having his own consulting service and being able to use his skills advising and educating the general public and clients. Steven is an expert in severe weather forecasting, mesoscale meteorology, and Long Range Forecasting Analysis.

An area of low pressure is expected to consolidate off the Southeast coast this afternoon and lift to north towards the Long Island coastal waters tonight through tomorrow.  This low pressure system will produce scattered snow showers beginning this evening.  These snow showers will be sporadic and light with minor snow accumulations expected if any.  The snow will pick up and become steady late tomorrow morning on through noon.  The steady snow, becoming heavy at times, will continue on through tomorrow evening, tapering off after midnight tomorrow.  Temperatures will be cold enough to support snow, but only marginally snow, such that snow ratios will be between 8:1 to 10:1 on average, which will keep snowfall accumulation down.  Also some warm air on the south side of the island, especially towards southeast Long Island may have some rain mix in at times between heavy bands of snow.  Snowfall accumulations for all of Long Island will range from 2 to 5 inches with isolated amounts up to 6 inches on cold surfaces where bands of heavy snow sets up.  This is likely to occur on the central interior part of the island where surface temperatures will be coldest.  Snow will have a difficult time accumulation on treated roadways, but after 4 PM tomorrow, snow accumulation is likely.

Snow showers will linger on through Sunday morning with clearing skies by the late afternoon and evening.  Winds will be strong tomorrow morning through Sunday backing from the northeast to northwest at 15 to 25 mph with gusts over 30 mph times.

NW winds and should kick up late Saturday night, and turn West on Sunday with gust up to 30 knots and seas 6-8 feet on the South Shore.  The Surf Cam at Davis Park may get interesting over the weekend!

Fire Island and Beyond Surf, Beach, and Marina Cams are back on line! 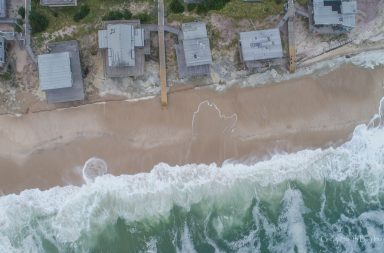