Sorry we have been quiet, after rebuilding the website we had to move to larger servers and it took a lot longer than expected.  The site should be much faster now.

Last Saturday, I was at Davis Park and noticed a massive school of bunker (menhaden) about 100 yards off the beach.   There was clearly something harassing them so I sent up my drones for several flights to get a closer look at what was going on.  My main drone initially had a software issue but luckily I had a much smaller backup, the DJI Mini 2.  From prior experience, I know to look for holes in the middle of the school where predators will be easy to pick out among the thousands of fish.  As soon as I reached the outside edge of the school I counted two sharks just outside the mass of fish and then a hole appeared with a good-sized shark clearly exposed near the surface (around the 2:00 minute mark in the video).  After returning the drone to the beach for a rest, a Humpback Whale appeared but moved out again before I could launch again.

Later in the day, I sent up my Phantom 4 Pro and found several large rays swimming through the schools (starting around 3:45 in the video above).  I asked around and the best guess was that they were cownosed rays.   On page 4 I added some shots of the bayside and marina at Davis Park. 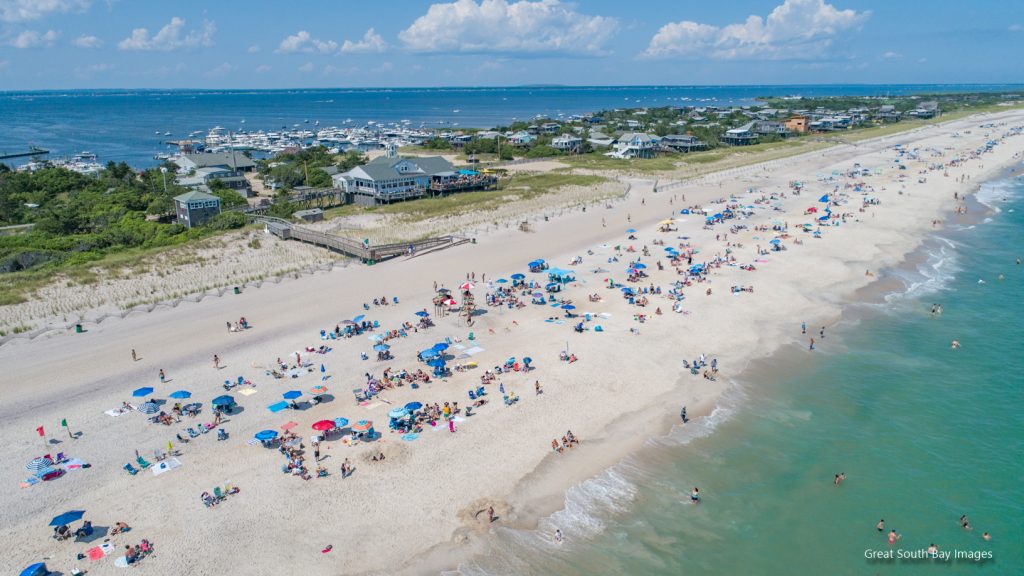 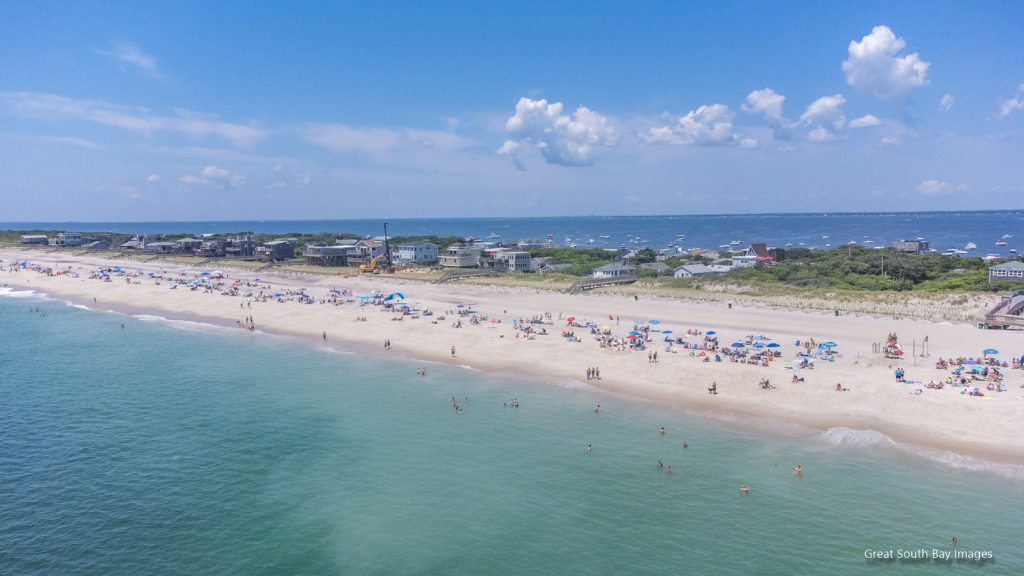 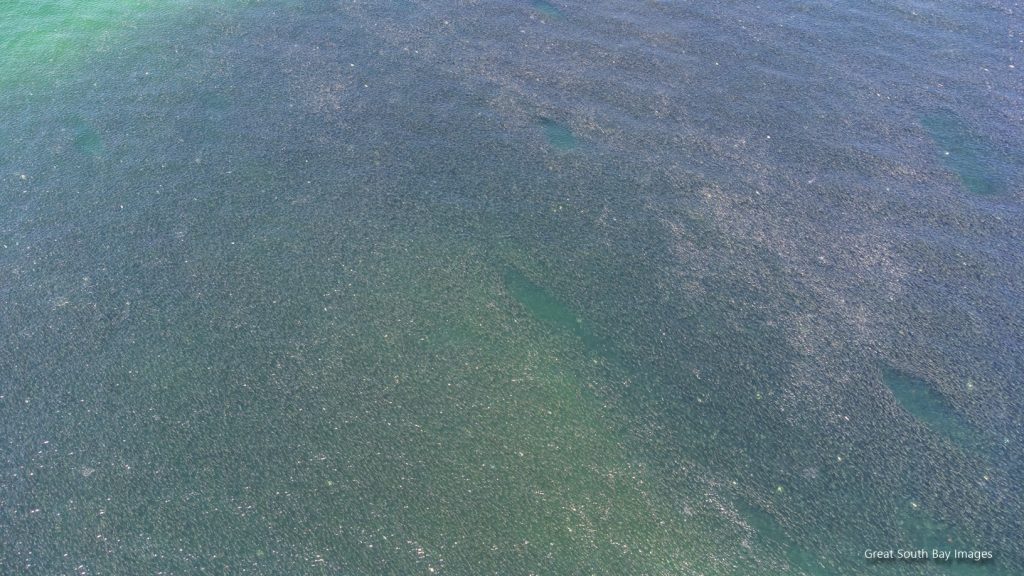 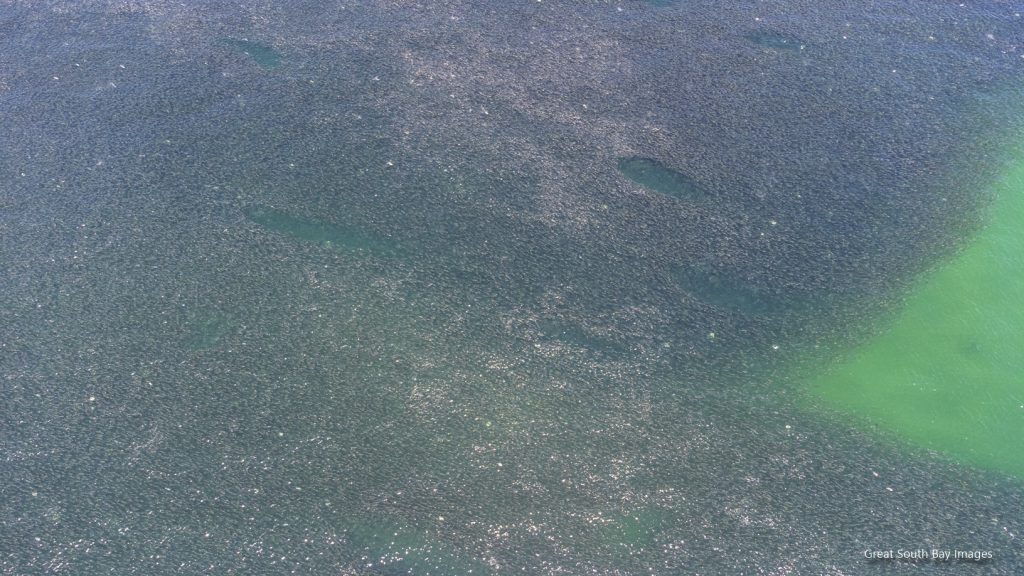 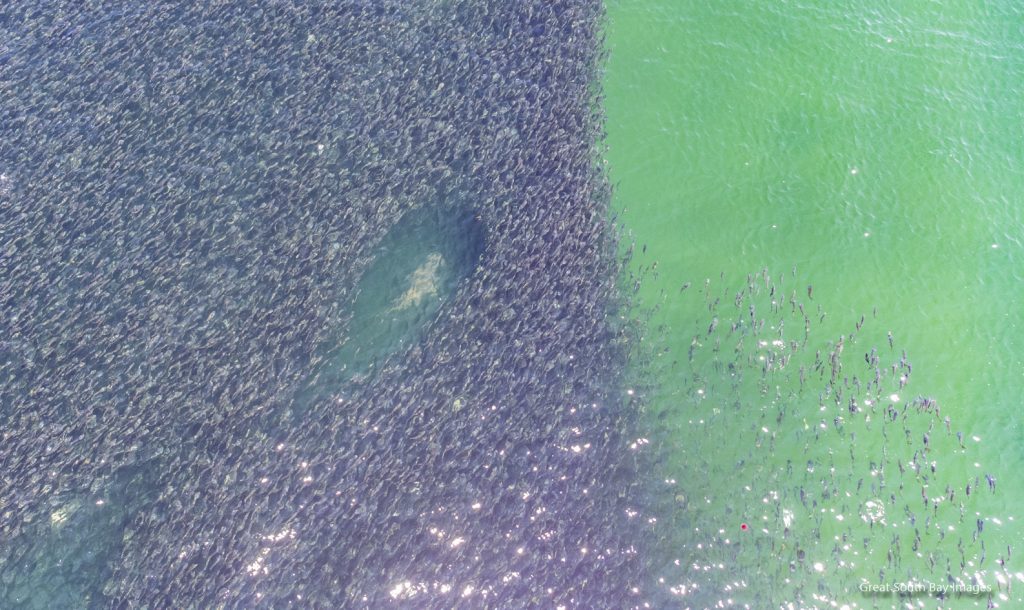 Photos and Video: Beautiful Snowstorm over Brookhaven and Bellport