The bunker (Menhaden) has been thick up and down the south shore beaches of Long Island this summer.   Fireislandandbeyond.com has had high-quality cameras streaming live from the Davis Park Casino Cafe on Fire Island for the last 5 years and I never remember seeing so much bunker clearly on the cams, particularly on calm mornings.   The bunker have attracted all kinds of life and fisherman and photographers have reported large tuna, thresher and spinner sharks, dolphin, and Humpback Whales close to shore following these easy meals.  A few weeks ago, I was able to capture some video and images of at least 50 and probably many more spinner sharks mixed with the bunker off Davis Park.  If you missed that click here.

On Tuesday, the ocean was fairly calm with a slight breeze out of the north, perfect conditions to see what I could find.  I took a ride to Moriches Inlet on the outer beach but with a mostly overcast sky didn’t see anything.  On the way back I spotted a small group of Dolphins. 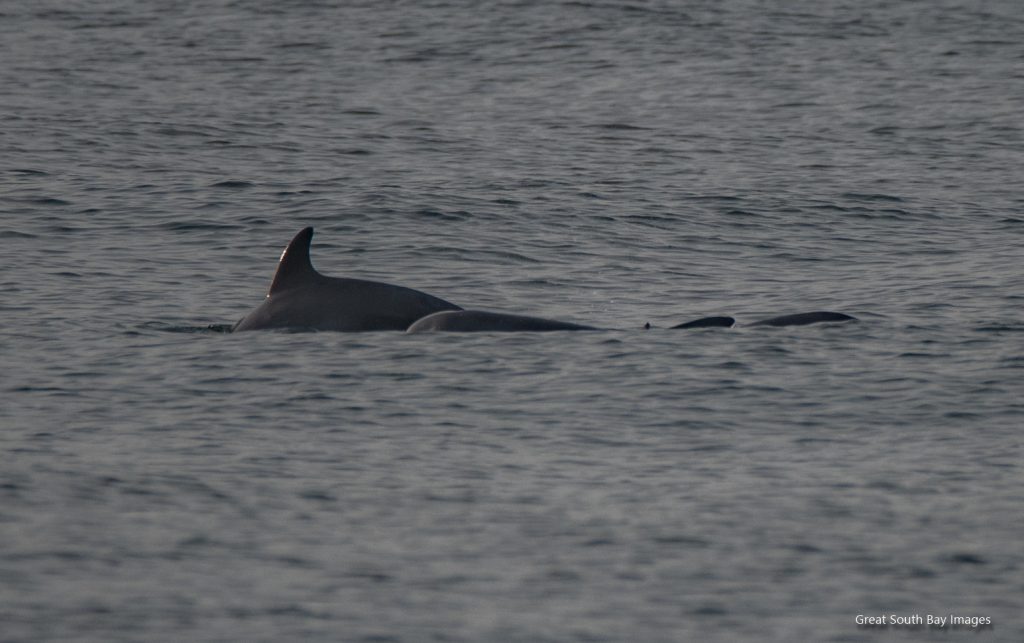 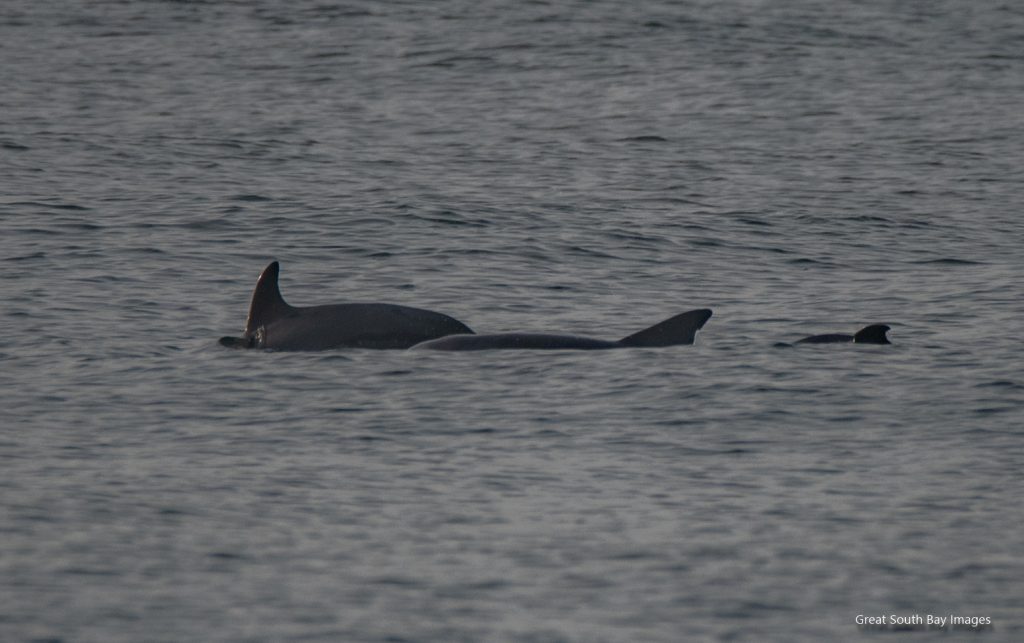 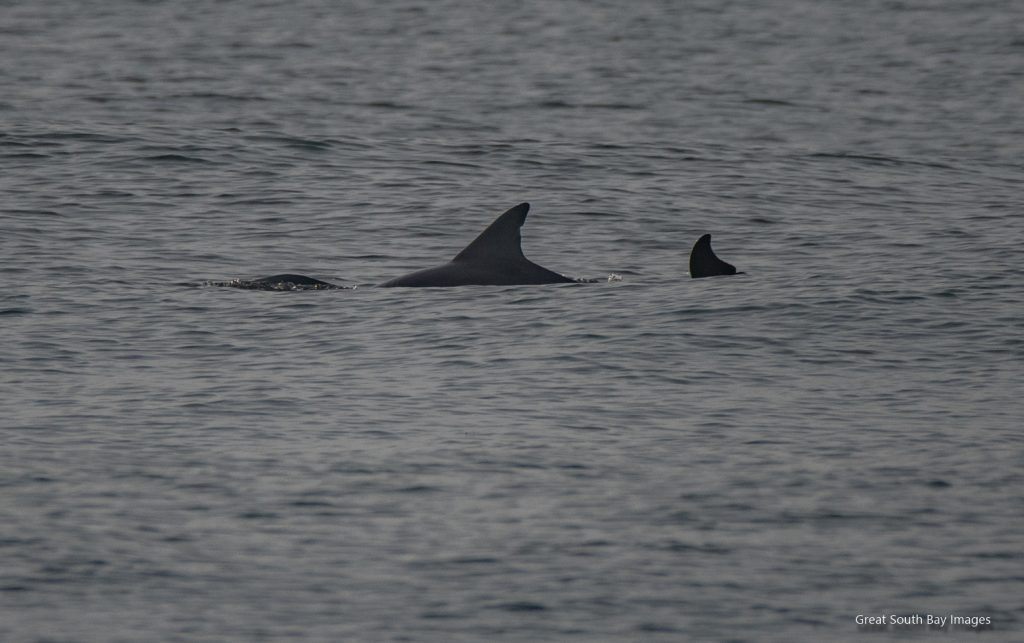 Knowing this was a good sign I decided to wait a few minutes to see if the bunker appeared.  10 minutes later I started seeing a few dark patches drift closer to the beach and my interest level popped up.  I took a flight over the bunker and like magic I found myself over some large shools of bunker that appeared to be getting harassed from below.  They would occasionally shower into the air and then dive to the bottom, stirring up the sand.   Since my goal was to find some sharks, tuna, or whales I started to leave but noticed something big surface to my east that turned out to be a humpback whale swimming with a few dolphins.   The whale appears at the 3:00 minute mark in the video above and appears to have a propeller scar on the right side.  I followed the whale as he slowly cruised to the bunker, dove down and made one nice lunge out of the water,  consuming 100’s if not 1000’s of bunker into his huge mouth.  After that, he headed back out to deeper water.  I would have loved to get some better photos but the entire encounter only lasted about 5 minutes. 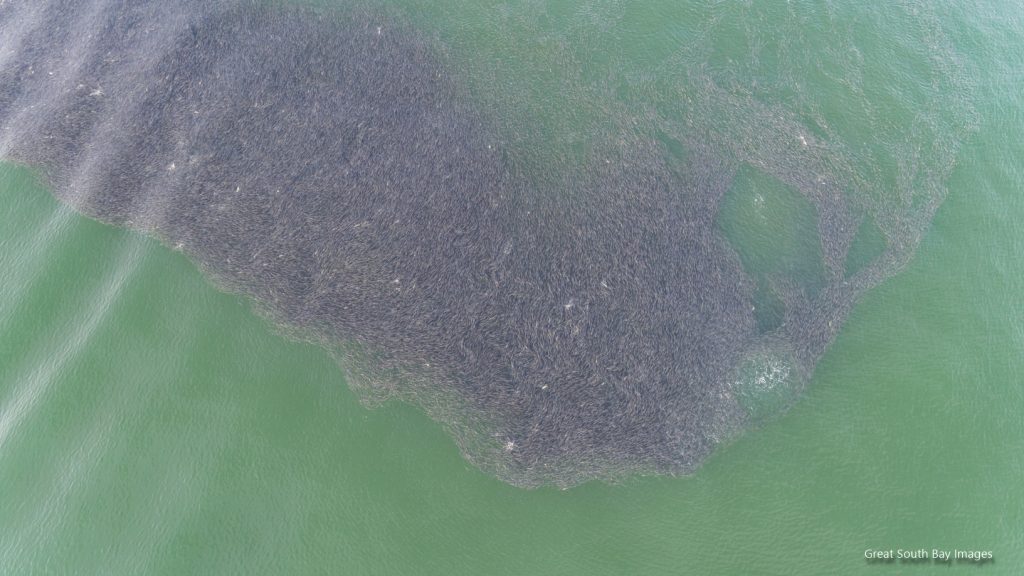 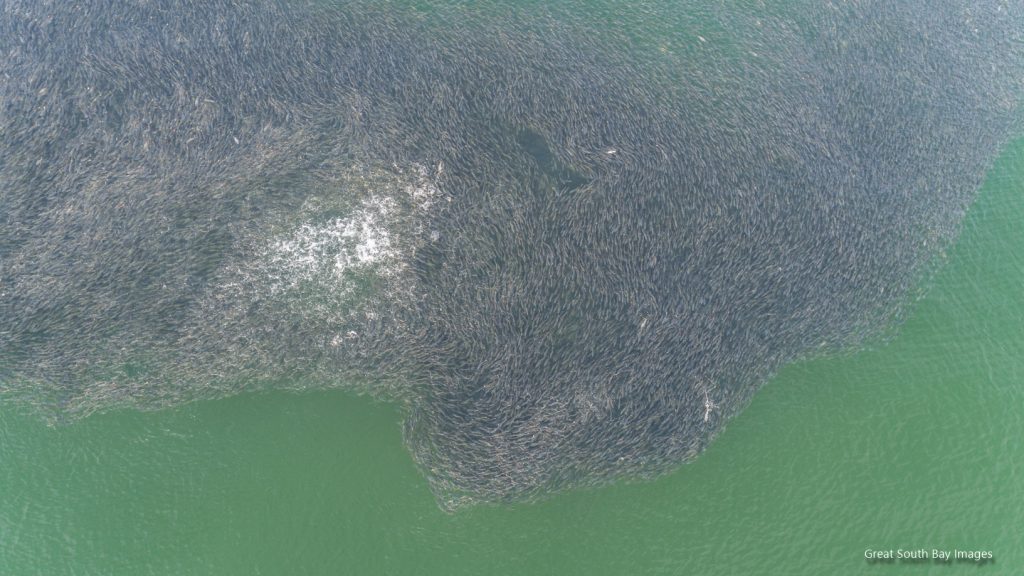 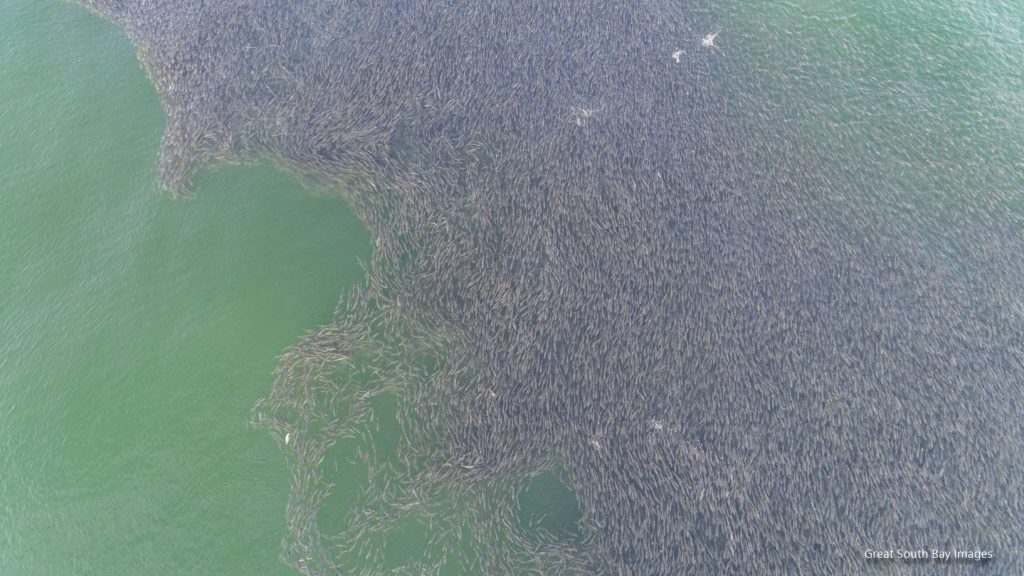 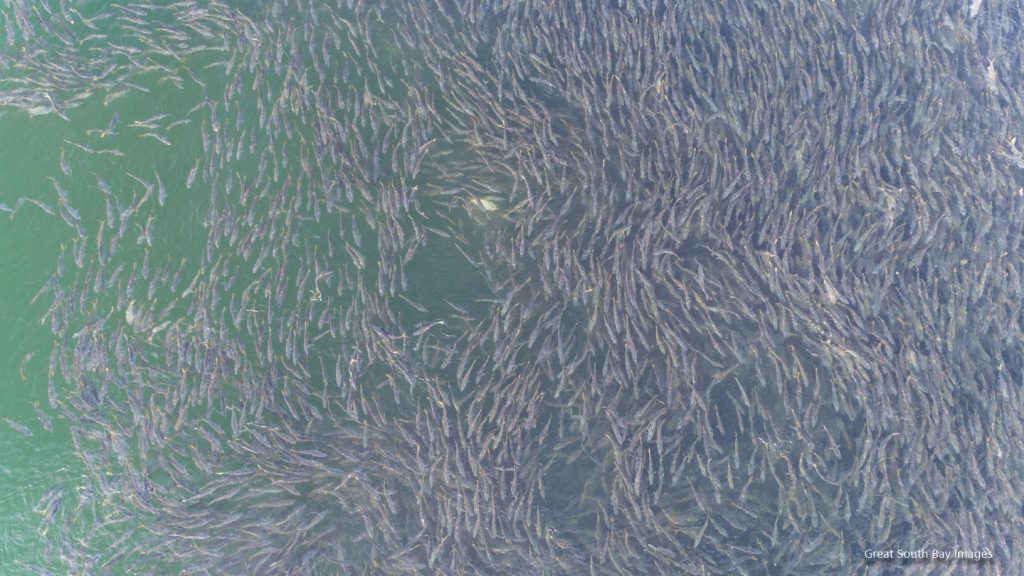 More Photos on Pages 2 and 3