Unfortunately, the airshow community lost another pilot way too soon with Geico Skytyper Ken Johansen crashing last Wednesday leaving Republic Airport for another show.  I had the pleasure of flying with Ken a few years ago over Connecticut, Long Island and down to Atlantic City with the rest of his group on a sky-typing mission.  Ken was a skilled pilot, following his father’s footsteps as a naval aviator and commercial pilot for United Airlines.   I also spent the weekend with the team in Pensacola Florida to photograph a three-day air show and came away in awe of the preparation and teamwork that goes into their routine.

Ken leaves behind a wife and two children.  I am sure the team will recover but this is a huge loss.

Below is a video and a few pics taken in from the rear seat of Ken’s World War II Era SNJ-2 followed by some images from this year’s Jones Beach Air Show. 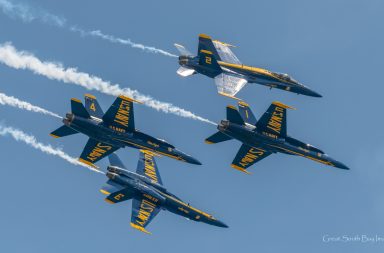 Photos and Video: Helicopter Tour over NY and NJ Ships and Ports