Majestic … that seems to describe the Bald Eagle. With a wing span up to 89 inches it is not a bird to be ignored. And we are now lucky enough to see them flying over LI once again, as well as nesting here too.

Eagles used to commonly nest on LI before DDT caused egg shells to be too thin to be successful. Nesting pairs disappeared from LI for many years. But due to successful restoration of eagle populations, once again we have eagle nests; at least 7 in various places across the Island as well as Shelter Island.

Adult Bald Eagles are easy to identify with their chocolate brown bodies and that distinctive white head and white tail. The juveniles don’t reach the full adult plumage of white head and tail for three to five years. Instead they are mottled brown with white showing under wings and tail; more white showing each year. Bald Eagles have a distinct way of flying with very flat wings during flight. If you see a large bird flying overhead with a flat line of wing (no bends) it is most likely an eagle. Male and female Bald Eagles look the same except for size; females are a third larger than the male.

Mainly a fish eater, Bald Eagles are a challenge to Ospreys as they hunt in the same areas for the same food. However, Bald Eagles will also eat ducks, other birds, reptiles, amphibians, invertebrates such as crabs, and mammals including rabbits and muskrats. And they are not picky about how they get their food; they will eat carrion and steal fish from other birds (like Osprey).

Bald Eagle courtship is amazing to watch! Mates or courting pairs lock talons and whirl through the air, disengaging before they hit the ground. Since Bald Eagles mate for life, some researchers believe that this might also prove flight skill & test pair commitment. Bald Eagles breed near water (again like the Osprey) and they return to the same nest (called eyries) each year. They continue to build on the nest each year, usually in the crook of a large tree. Nests get quite large and can be up to 8 inches in-depth and over a ton in weight. (The nest at Merritt Island in Florida was estimated to be almost 2 tons at one time.) The young don’t leave the nest until they can fly, at about 10-12 weeks.

The Bald Eagle was picked as the emblem of the United States of America in 1782. It was chosen because of its long life, great strength and majestic looks. Also, at that time, it was believed to exist only on this continent. And why is it called “bald”? The name actually comes from an old English word — piebald — which meant “white-headed” rather than hairless. If they live past their first 5 years, most Bald Eagles will live to 30+ years in the wild and 50 years in captivity.

-The Eagle is man’s connection to the divine because it flies higher than any other bird.

-If you see an eagle, you will be brave enough to look ahead to the future.

-The eagle symbolizes the importance of honesty.

The photos below were submitted by members of the Long Island Wildlife Photography group on Facebook. 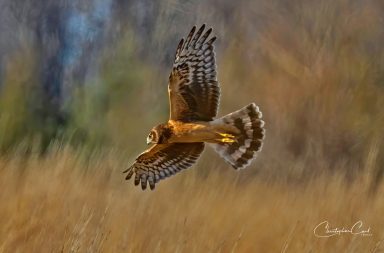