My friend and fellow photographer Jan Shannon tipped me off to a die-off of adult Bunker (Menhaden) near Bellport Dock this morning.  I went down to check it out for myself and found hundreds of freshly dead fish west of the dock and spread out along the high tide line as far as I could see.  The water was extremely clear and the fish looked healthy so it was mostly likely due to cold shock.  Temperatures plummeted to about 20 last night and according to the USGS data buoy off Sayville, water temperatures dropped from 42 degrees down to 34 degrees since Tuesday.

I also found more dead bunker on the shore of Brookhaven and found several fish still alive but swimming sideways and upside down.  I reported it to the DEC who agreed that is was probably due to the cold but they were going to send someone down to test the water.  If I get an update I will pass it on.

Update: The NYS Department of Conservation Staff provided the following information to me via twitter:

DEC staff was notified of a bunker fishkill in Bellport Bay on Friday morning.   Staff went to the site to collect biological samples and record water quality readings.  Dissolved oxygen was average-to-high in the area, while water temperature was low.

The Great South Bay has recently experienced a dramatic drop in temperature and the sudden drop in temperature can result in fish experiencing shock and becoming cold-stunned. Fish samples were brought back to the office and will be stored if testing is deemed necessary.

Photos and Video: Thunderstorm at Sunrise over Brookhaven and Bellport 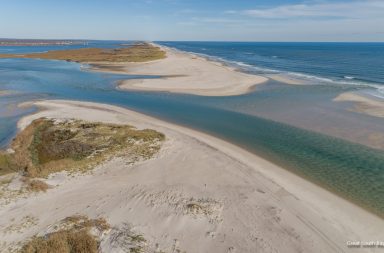